Pushing the Needle Too Far...? 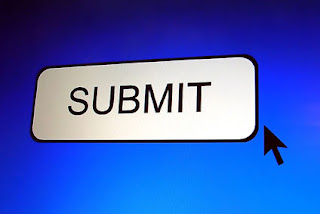 I've done it now. I'm committed, and there's no turning back. Wait, can I please take it back...?

Hello, my name is Corey. I'm a runner, and I just signed up for my first ultra-marathon. Well, by "runner," what I mean to say is that I engage in what many consider jogging, 2-3 times a week. I've completeda couple of road half marathons, but I only started running regularlya year ago and most geriatric hip replacement patients probably movefaster. While we're clarifying things, by "ultra-marathon" I mean that I've signed up for a local 50k trail race. Technically it's an "ultra" as it IS longer than 26.2 miles, but an 5 extra miles hardly seemssufficient to catapult it into the same league as 50M, 100k, or 100M races. Well call it a baby-ultra then. Ergo, by completing I will be a baby ultra-runner. There, that sounds more reasonable.

In any event, I think I may have bitten off more than I can chew. Seriously, the moment after I clicked on the "submit" button, thereby solidifying my entry into the Glacial Trail 50k, the theme from Jaws crept into my head, and all I could think was "You're going to need a bigger boat."

I'd like to think that I know what I'm in for. An analyst by training, naturally I read everything I could get my hands on: Born to Run (not so much instructional as inspirational), Bryon Powell's "Relentless Forward Progress," and more blog posts and race recaps than I can remember including Donald's write-ups of Western States, Miwok, and others. I've scrutinized, analyzed, cross-referenced, and calculated. On paper I've got it all sorted out: Put down about 500 calories and 1 liter of fluids an hour and keep moving my feet at an average pace of 14 min/mile. See! How easy is that? Being the numbers dork, I've even got a spreadsheet that allows me to play with different scenarios, walk/run ratios, and paces to see how long it will take me so I make sure to come in under the cutoff. Strategy, I has it.

So whats with the overwhelming sense of dread? Maybe it's the X factors I haven't worked out yet. Shoes are a big one. I absolutely love my Merrell Trail gloves and they have treated me well through my running to-date, including my two half-marathons. Problem is, I've found that I likely need something with some cushion to protect my feet as the miles pile on, the fatigue sets in, and my form goes in the toilet. My last long run, for example, left my feet screaming at me after 15 miles; threatening bodily injury if I didn't "pull this car over right now mister!" I've tried the New Balance MT101 but they don't fit my wide feet well and only go up to 12 in half sizes (great shoes, but it would have killed them to offer a 12.5?). I've got a pair of Montrail Rogue Racers sitting in the rack waiting for me to try them out when I get home. Hopefully they fit the bill. But what if they don't? What then?

Weather's another factor, one that's particulary concerning as we're getting into the colder months here in Wisconsin. Inclement weather on race day will all but ensure that I have to break the cardinal race day rule: never wear/use something for the first time.

The distance is a an obvious source of anxiety. Charitably, I will probably be able to build up to a 20-23 mile long run before I need to rest up for the race (I deplore the term "taper". Snooty, overly competitive people talk about tapering). That leaves somewhere between 8-10 miles of unexplored territory. That's nearly one third the whole distance of the race. I've brute forced my way through extra miles before, but I have this sneaking suspicion there's a difference between willing one's self through 3 miles and 10 miles.
Still though, when I sit back and think about all of these things, I can work them out in my head and get past them. I'm able go over them, again and again, like working on a rough hewn piece of wood that starts off splintery and dangerous looking but can eventually be worn down smooth, and perhaps even made into something useful or beautiful.

No, when I think about it, I think my issue goes deeper - down to my motivation for running in the first place. Which is maybe why this race scares the hell out of me.

A little over a year ago, I started running. As with many, I was quite taken with Chris McDougall's "Born to Run" as he sells the whole primal joy of running bit pretty well. It's been a long road (no pun intended) but I've arrived at a point where I genuinely enjoy running, particularly on the trails that run near my home. I've been inspired sufficiently that rounding Mont Blanc is officially on the bucket list - preferably by participating in UTMB, but a personal trip will suffice as well. I'd like to run the Grand Canyon and maybe go up to Alaska and check out what mountain running up there is like. I have all of these things I want to do now, places I want to go and enjoy, and this race is my gateway to that world. And maybe that's it.

I got hooked on running because I enjoy doing it. I rarely run when I'm feeling crummy or injured. I'm not very fast, and don't mind. I go out because the siren song of the road or the trail calls to me. I think perhaps what I'm feeing isn't so much anxiety as a loss of motivation. I think maybe, by putting so much on thins race, by believing that all of those goals ride on this one event, I've sucked all the joy out of it. I'm too worried about things like "what if I DNF" or "what if I find that 5-8 hours on the trail is boring?" I think I'm spending so much unconscious energy worrying about all of the things that I perceive as being contingent upon my completion of this race, that it's wearing me down. So maybe therein lies the answer. Perhaps what I need is to take some time and go and remind myself of why I run - to spend some "me" time out on the trail with no time or distance constraints. To just run. Maybe, hopefully, then I'll be able to find what I lost and allow myself to get excited. Excited about running my first ultra.

It's still alright to be a bit terrified though right?

This post was originally written for runningandrambling.com but was unused and so appears here.
Posted by Corey Singletary at 4:55 PM